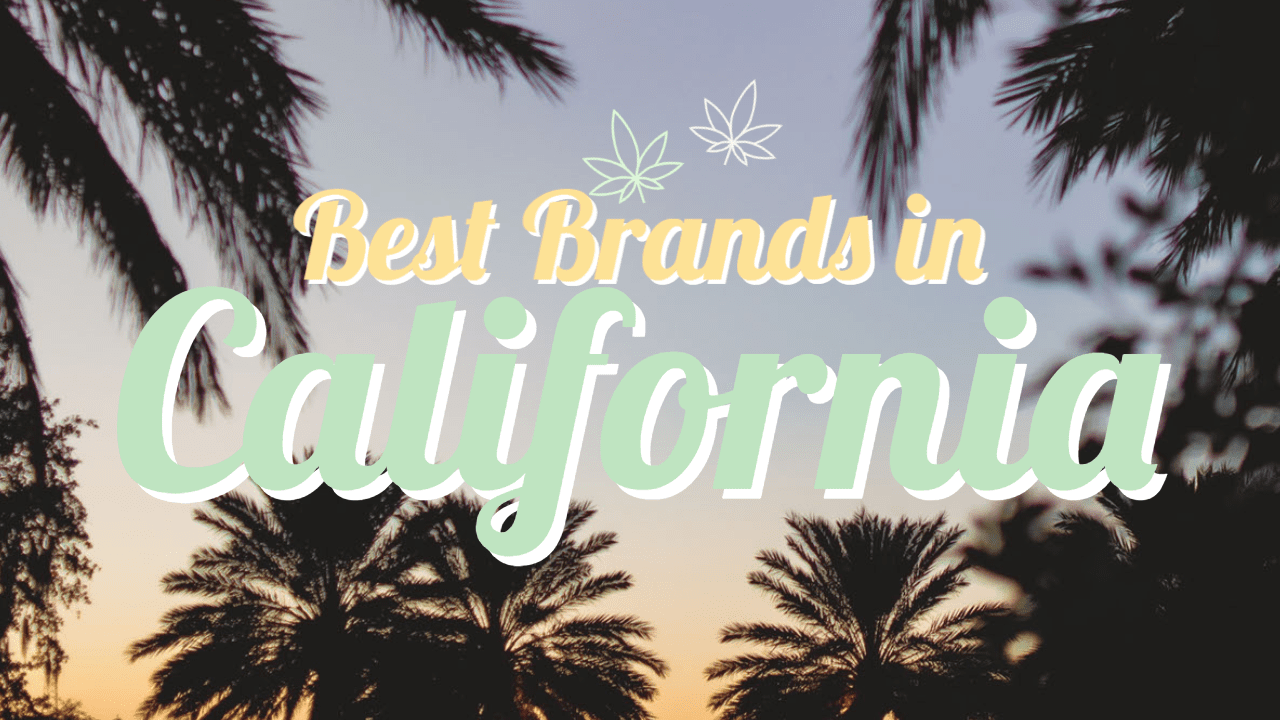 California legalization created a whole slew of new cannabis companies and brands. A state that is built with so many creatives has generated very clever branding. Combine that with ideal environments for growing, you have a perfect mixture for premium products. Well-designed brands, quality flowers, and a community of entrepreneurs have led California to an industry leader. We looked at the gauntlet of brands and present to you some of the leading brands right now in 2022.

Started by Rapper Berner out of San Francisco, the Cookies Brand has quickly become international, with stores all over the united states, and now in Canada and all the way to Spain. The Cookies brand has a massive social media following while keeping a loyal fan base. The reason so is by sticking to their motto “authenticity and genetics innovation”. The iconic baby blue and white logo and delicious strains like “Cereal Milk” have turned Cookies into a half-a-billion dollar brand.

Pacific Stone makes the bold statement on their website that they grow California’s BEST Greenhouse flower. They have everyone reason to be confident scoring 3 to 4 of their flowers in the top 10 legal sales of all of California. With all the brands and buds out there, this is a huge accomplishment. Growing in a controlled environment looks to be paying off for Pacific Stone, creating a consistent bud that customers keep coming back for. Notable flowers are their Wedding Cake, which seems to be a hot trend right now.

While most brands attempt a modern or artsy style, Lowell Farms went with a vintage, old-western look along with their now-iconic goat man.  Their brand plays along with the fact they had a farm established back in 1909 by William “Bull” Lowell. However, the brand was actually established in 2017. While they have a wide range of products, the popularity still seems to be within their niche of pre-rolls.

As of 2022, Cannabiotix’s Cereal Milk is the top seller in all of California.  Although I never came across Cannabiotix when I was in California, they state on their website they’ve been doing this for “20 Years”. Their experience in genetics and breeding has really paid off. They have won multiple Cannabis Cup awards. Their Kush Mountains flower is ranked a top strain and looks quite tasty.  My one knock on CBX though is their packaging, it could definitely use a re-design. 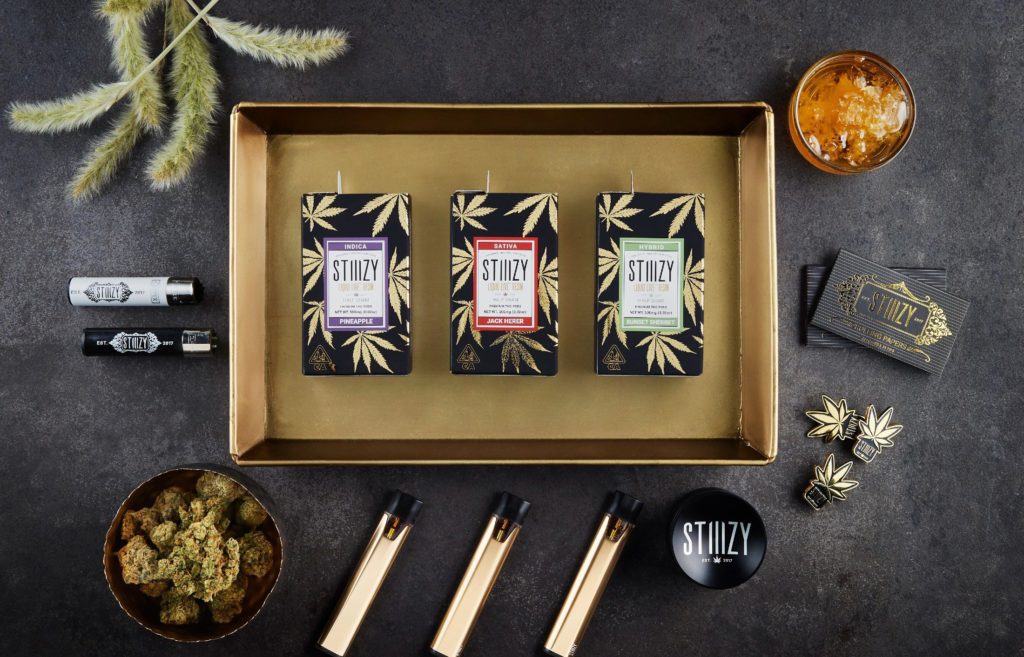 Created by James Kim who served in Iraq in 101st Airborne Division, looked for a way to cope with his PTSD. Cannabis was the answer and that opened up an opportunity to build his own brand. And that he did, Stiiizy which stems from the word SoCal word “Steez” mixed with the three I’s (Inspire, Innovate and Influence). Stiiizy is far ahead of the competition, holding all Top 10 spots in sales for Cannabis Vape Pens in California. The brand is a giant and there seems no slowing down either. Boasting over 22 awards on their website, they have also been featured on media from Joe Rogan Podcast to Vice.

As the nation’s best-selling cannabis gummies, WYLD introduced gummies with the use of real fruit. They range from fruity flavors such as Huckleberry and Marionberry. Since 2015 WYLD slowly climbed up and has managed to separate itself from the pact in the gummies category. Most of their gummies have only 5 calories, 0 cholesterol, 0 sodium, and 1g sugar, yet still, pack enough THC and CBD to give you that nice buzz. And if you’re not into getting stoned, they have CBD-only gummies available too.

Kiva has a wide range of variety for edibles. They have everything from Chocolate bites to Sour Gummies and event Mints! Starting from a home kitchen in 2010, Kiva quickly jumped to the #1 edibles brand in the country. Their website states that they are “the first edible makers in the country to self-impose stringent standards for potency, production, packaging, and testing”

Raw garden took their mission to develop cannabis into a sustainable agricultural so seriously that they went out to study not only how cannabis is grown, but how all crops are grown in California’s specialty crops such as ” berries, lettuce, celery, tomatoes, squash, vines, citrus, nuts, and flowers”. As a result, their attention to detail and hard work paid off. They now have some of the best-selling Resin across the country, and it’s just delicious.

Big Oil has been around since 2011. Bear Labs falls under their portfolio, along with other popular brands such as CES, WVY. The BEAR stands for Botanical Extractions and Research Labs. Their Wedding Cake Live Budder currently sits at #1 in the extracts category in California.

If you’re in the SoCal area, you most likely came across Papa & Barkley. They dominate the topicals market, and they are quite active in the community. Whether it’s trying out their new products are getting foot massages with their CBD creams, Papa & Barkley is an absolute force! They also stepped outside the topical realm and offer such products as CBN gummies for sleep relief.

What’s so good about KEEF cola that sets them apart from others? It’s probably the taste! The root beers actually taste like root beer without the cannabis taste. Some of the colas even have vitamin C, B3, B6, B12. While many complain the 10mg drinks don’t really hit you hard, they do offer 50mg & 100mg THC. Drink those with caution, that’s a huge spike from the 10mg. Keef also offers flavors such as Orange Kush, Blue Razz, and Purple Passion. 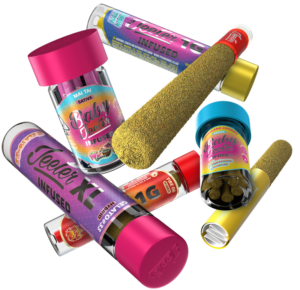 When you first see a Jeeter pre-roll, you can’t help to think it was named after Derek Jeter’s baseball bat. The XL pre-rolls are thick! As well, infused with oil and dusted with kief, the triple-hitter combo can take you up to the 30% THC range. Their packaging is dope, the presentation comes with a glass tip,  there is a reason why they are the best-selling pre-rolls in California. Jeeters are a home run. 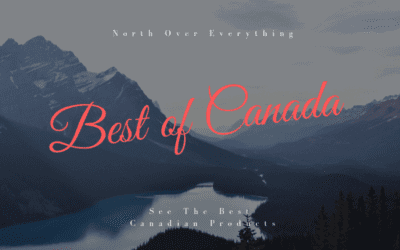 Best Selling Cannabis Brands in Canada 2022 These are the best-selling products across 3 of the major Canadian provinces.  They range from flower products to vape pens, to edibles and beverages. Shred the brand from Organigram was a pleasant surprise. They did a...